The Links, Incorporated is an international, not-for-profit corporation, with over 14,000 members established in 1946. It is one of the nation’s oldest and largest volunteer service organizations of extraordinary professional women of color who are committed to enriching, sustaining and ensuring the culture and economic survival of African Americans and other persons of African ancestry.

The Links Foundation, Incorporated, the philanthropic arm of The Links, Incorporated, has made more than $25 million in charitable contributions since its founding. The Foundation is a non-profit corporation operated exclusively for charitable and educational purposes within the meaning of Section 501 (c)(3) of the Internal Revenue Code of 1954, as amended.
In 2018, The Links Foundation, Incorporated named its fifth $1 million grantee – the St. Jude Children’s Research Hospital.
Other million-dollar grantees include:  the Smithsonian National Museum of African American Culture and History in Washington, D.C.; the United Negro College Fund; the NAACP Legal Defense and Educational Fund, Inc.; and, the National Civil Rights Museum.
Additionally, The Links Foundation, Incorporated has made donations to such entities as: Habitat for Humanity, for the rebuilding of homes in Haiti; Africare, for the construction of The Links maternal waiting homes and the assemblage of Mama Kits; and, National Cares Mentoring Movement, for the advancement of mentoring opportunities across the nation. Through its 2012 Grants-in-Aid program, $100,000 in grants was awarded to four non-profits – Club Esteem, Melbourne, Fla.; Kansas City Friends of Alvin Ailey, Kansas City, Kan.; Legacy Media Institute, Petersburg, Va.; and the National Dental Association, headquartered in Washington, DC.

The Western Area became a formal unit in 1954 and comprises Alaska, Arizona, California, Colorado, Hawaii, New Mexico, Nevada, Oregon, Texas and Washington.  With 60 chapters with 2,851 members and counting, the Western Area is committed to the development and implementation of innovative and transformational programming.  ​ 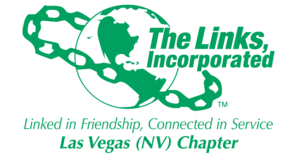